Staring Down the Demons at the Barkley Marathons

After last year’s ho-hum completion of 1 loop and 4 books, I thought there was no way I would be getting a second chance at running the Barkley Marathons again in 2017.  At best, I hoped to maybe get on the Weight List, and over the next few years, work myself back up onto the group of unfortunate 40 who get to toe the line. As part of my essay (below) details, I acknowledged there was no real reason I should be selected to run this year:

“This year I am hoping to do better.  Although, in applying, I recognize that I am no more qualified, in fact substantially less qualified, than most of this years applicants.  I haven't finished a 100 mile race since 2013 (Barkley being the only one I've started). I've struggled to find "it" over the last 9 months, settling for long mellow hikes and explorations with kids and neighbors and/or a bow and arrow, rather than "training" hard. I've wondered if at 44, with a surgically repaired ankle, and 4 kids (#5 due the end of April), I'm spread too thin to give Barkley another go.
As far as credentials go, I have nothing current to supply. I'm relying on past accomplishments, wins, FKT's, etc.  But I can promise you that if I do happen to make it into the Unfortunate Group of 40, the past will be forgotten, and the focus will be on the next 4 months.  As I stated in a post-Barkley race report earlier this year, "The goal is five loops, and there's really no room for any thought other than that".

So when I received my Letter of Condolences indicating my acceptance into the 2017 event, I was shocked (Brooke even more than me), ecstatic, nervous, grateful, and overwhelmed.
Which brings me to Friday, March 31, 2017.  I had trained the best I could.  I had gotten myself ready physically. I was in a much better mental state than during the previous year. I was ready to go.  I checked in and handed Laz the pack of comfortable white socks that along with $1.60, was this year’s entry fee. I picked up my Loop 1 race # (49), and took a look at the Master Map to see what changes would be facing us this year.  The map changes were small, but the big change was that instead of running Loop 1 &2 clockwise, and Loop3 & 4 counterclockwise, each loop would alternate directions. 1 clockwise, 2 counter, and so on.  Wow-that was a change all right.  There were plenty of veterans out there who had never run a counter clockwise loop, me included!! This could be interesting, and I was really excited about the change.  A loop 2 in the counterclockwise meant I’d see it with a fresher mind and eyes, but depending on the start time, it also meant it could be run entirely in the dark.  But I wouldn’t worry about that until the conch blew and we knew the starting time.  Just in case this year’s loop was an early start (which hadn’t happened since 2011), I made sure my food bags were packed and labeled for each loop, had my clothing and gear laid out, and asked Dale Holdaway’s sister and brother-in-law, who I was sharing a campsite with, to wake me up if I slept through the conch. I was asleep by 9:30 and all of the sudden someone was knocking on the window of my van telling me the conch had been blown and I had 45 minutes. What the???? I had slept through the conch??? It was 1 am, with light rain and camp was abuzz. By the time I got something to eat, got dressed and took care of last minute details, everyone (but me) was gathered at the gate. As I put my pack on, I heard taps being played for “those who have gone before us,” and then the lights gathered at the gate let out a shout and were moving up the trail, as I ran to catch up.  I’m embarrassed to say this wasn’t my first late start……


Loop 3- Fun.
Again, Dale’s Sister and Brother in law were a huge help in getting me turned around at camp.  I changed socks, ate a pot of stew and climbed into my bag for a 20-minute nap. As I lay there processing all the things I needed for Loop 3, I remember thinking there was no way I was going to fall asleep, and then… my alarm went off and I woke feeling completely refreshed.  15 minutes of deep sleep felt like I had been out for 3-4 hours.  I added some hot water to the now cold cup-o-noodles I had prepared, filled my water bottle with hot chocolate, and headed out on loop 3, once again chasing Rob up the trail. He had left at 26 hours to the second, I was a few minutes behind, again. As I slowly caught up to Rob, I thought I saw a light way below me on the switchbacks. Someone in camp told me that Jamil had been asleep for a couple hours and they weren’t sure if he was coming back out. I figured he must have decided it was time and apparently the long nap had been good to him because he was catching up to us quickly.  Sure enough, Jamil passed us as we were almost to Book 1, then took off down Jaque Mate. I’m not sure where he went after that, because the next thing we saw of him was while almost to the top of Jury Ridge, and we could see a light way below us, back where we had just come from. Someday I’d like to talk to him, and see what happened.  Rob and I pressed on, knowing we had plenty of time, but very aware that if wasted any time, or made any navigational errors, our chances of a Fun Run would quickly be over.  Every time we came to a creek crossing, I would stop and fill up my water bottle. Rob had a 60-70 oz reservoir and didn’t need to stop so often, so he would keep moving and it would take the next 10-15 minutes to catch back up to him. It was a great motivator to keep me moving at a steady pace! The rest of the loop was fairly uneventful.  The sun came up and what a spectacular sunrise it was.  The sun a molten ball of orange hanging just above the treeline above Stallion Mtn.  All the infamous climbs and descents came and went and we plugged along. We ran into John and Gary at Indian Knob, a couple hours into their 4th loop and they looked as fresh as if they’d just started. The only other notable moment (to me) was while descending to The Beech Tree. Rob wanted to stay left, I wanted to go right, and being the unflappable guy that he is, Rob agreed with me.  Well, I chose wrong and we ended up in a nasty section of rocks that ate away precious minutes.  I could tell Rob was a little stressed, so when we sat down at The Beech Tree to get our pages, I said , ”Rob, If I suggest a route, and it’s probably not the best, just say ‘Bro-This is my 8th Barkley and your 2nd .” He smiled good naturedly and just said something about not having much room for error. Then we got up to move, I got something out of my pack, and spent the next 10-15 minutes catching up to him….
And then we were at Chimney Top, on Candy-Ass trail, and I gratefully allowed myself the luxury of admitting that we were going to finish the Fun Run.  I couldn’t believe it.  I don’t remember how many times I yelled out to Rob running in front of me “Dude!! We’re doing it!!!”  “We’re going to do it!!” If I could of, I would have flown down the trail at 6 minute pace. The reality was that I was happy to stump along at half that speed.  We crossed the creek, hit the walking trail, crossed the bridge, and finally, luxuriantly, allowed ourselves to relax, walk, and enjoy the last 200 meters up to the Yellow Gate.


As I touched the Gate for the 3rd (and last) time, a flood of emotions surged through me.  I struggled to hold back the tears of happiness and gratitude.  The sense of accomplishment was almost more than I could handle. In retrospect, I should have run high-stepping up to the gate with fists pumping, high-fiving everyone I could get close to and yelling at the top of my lungs.  But…. I am a fairly stoic person, and the only emotion I revealed was a huge, cheek splitting grin.

Rob and I handed our pages to Laz, and while he counted them (Rob could only find 12 for a heart-stopping moment, then found #13 hidden in his race #) we joked that the race issued watches were not synchronized.  Mine was 4 seconds faster than Rob’s, so he was winning the whole race.  It turns out that Laz’s was 2 seconds faster than mine!!

After the hand-shakes, smiles, congratulations, and looking for a place to sit down, I saw the bugler out of the corner of my eye, waiting for his turn. Rob and I both stepped back, and with hats off, and hands on our hearts, listened to Taps being played. Twice. Once for each of us.  We had “failed”, because “The goal is five loops. And there’s really no room for any thought other than that.” But I have seldom felt a greater sense of accomplishment. It was a somber, yet oh-so-fulfilling moment, and one that forever will be etched in my mind.

Thanks go out to many- but foremost to Brooke.  Without her unconditional love and support, I wouldn’t be able to accomplish much. She sacrifices, and then sacrifices a little more to encourage  me to train, sleep, recover and eat everything in sight.  Thank you to my 4 (5 in two weeks) kids who inspire me to be a good person, and help me remember that there’s more to life than Barkley.  Thank you to my parents for always being there (if not always agreeing with where “there” is). Thanks to friends and neighbors, and training partners who are willing to get up hours before dawn to go on a hike.  And thank you to God for a body that allows me to do such marvelous things.  Thanks to people and companies that have supported me along the way. Altra, First Lite, Petzl, Wasatch Running Center, and Trail and Ultra Running (TAUR). And my heartfelt gratitude to Laz, and all the other volunteers and participants (past and present) that make Barkley what it is, and continue challenging us to embrace our fears, and to chase away the demons. 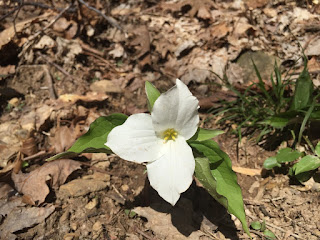