Head on over to the Wasalpstriders blog to see the results from the Blessing Way.

The morning started out a brisk, but it was well worth an early start and chill to turn a few laps with friends, and exchange a few hugs and high fives as the temperature rose.  I was lucky enough to start with Rich McDonald and Jim Huffman.  We shared a few laps before I met up with Greg and then my wife and kids.  A "race" that is this flexible is pretty hard to find.    Blessing Way indeed.

Peter
Posted by Christian at 8:25 AM No comments:

This year’s adventure began with Christian's airport shuttle service ready for pickup in Erik’s driveway at 5AM.  Erik was nowhere to be seen. A few gentle beeps followed by a few solid slams on the horn produced nothing. A call to his cell phone went unanswered. The standard early morning run “5 minute rule” was followed and the group was off to the airport knowing that somehow, someway, Erik would show. As we queued up to board, Erik sauntered in, having overslept his alarm.  As we walked down the jetway, we saw Liz Gleason, on her way to a wedding in Maine.  She asked what race “the big dogs” were headed toward.  We explained the fall classic “Urban Adventure Run” and that we need not have a race as an excuse to run. 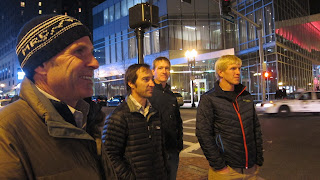 Greg, Christian, Erik, and Peter arrived in Boston to meet Jay who had already arrived and set up our home base at the Marriott Long Wharf Hotel.  After settling in and sampling a Malbec, we walked to the Franklin Cafe, grateful to Erik as the designated walker who kept us from being victims of inebriated walking.  After an evening of safe walking and sightseeing in Boston, we retired to our small but efficient room at the Long Wharf anxious for the next morning's trail run. 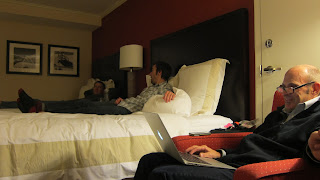 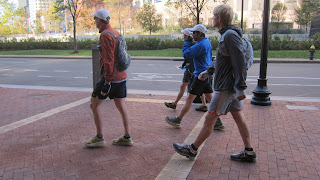 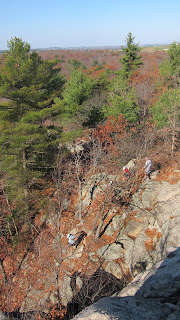 The Skyline Trail in the Blue Hills Reservation was easily accessible by the T (Boston’s subway system). Christian and Jay expertly navigated our way to the trailhead from the T.  The Skyline Trail had been recommended by Eric Hodge, a talented trail runner living in Boston. Eric had admonished us that the trail was technical and we should be prepared for some “ankle twisting terrain.” Eric’s beta was accurate – the Skyline Trail requires you to watch each and every foot placement, and has you constantly thinking, “I sure hope I don’t fall.” 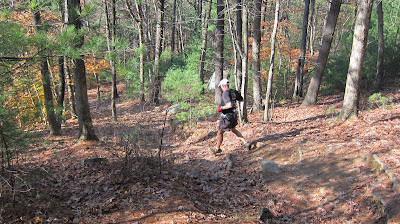 As we followed reports of Salt Lake City getting its first major snow, we celebrated what we knew was likely one of our last snow-free running days of the year. We drank in the smell of the moist and decaying forest, savored the friction between shoe and rock, and we even took off our shirts to take in a few horizontal rays of sun that held the last remaining warmth of the season. Total mileage was about 20 miles (including running to/from the T) with 3,200 vertical. On our way back, we stopped at James Hook+ Co for a lobster roll and clam chowder, a sublime way to finish a run. 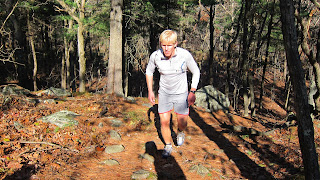 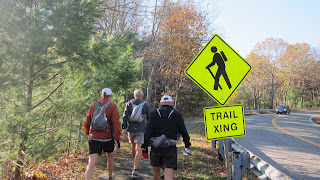 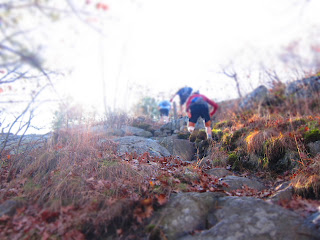 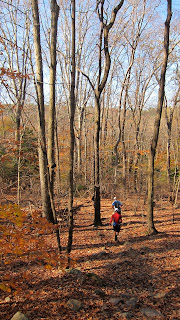 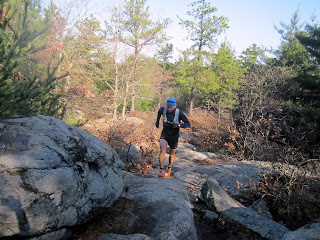 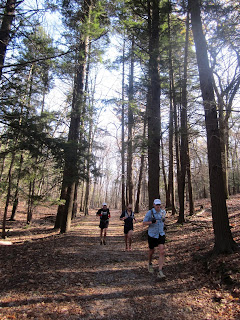 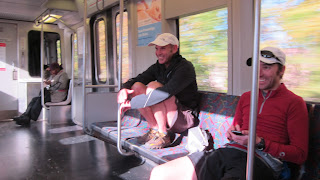 Our city run on day two started out following the Freedom Trail to sights such as the Old North Church, Bunker Hill, the USS Constitution, and the site of the Boston Massacre.  We quickly realized that our collective American history knowledge was lacking and that our run would be a good opportunity to brush up on our history. Erroneous beliefs such as the USS Constitution playing a role in the Revolutionary War were replaced with life-altering factual knowledge such as the details of the Boston Molasses Disaster of 1919 where 21 people were killed by a 3 to 8 foot high avalanche of molasses when a storage tank collapsed. We speculated that lives might have been saved if the victims had been wearing a MolassesLung. 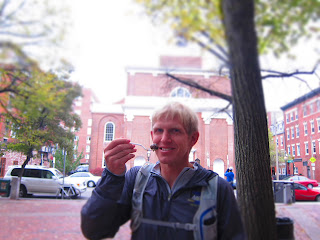 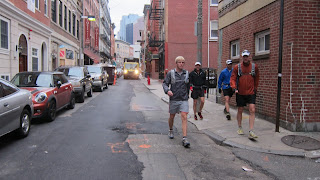 Breakfast was grabbed along the way at Bova’s, a bakery operating continuously since 1932 in Boston’s North End.  “Do you have anything gluten-free?” asked Jay. “This is a bakery,” responded the baker in a Boston accent that effectively communicated, “that’s  a stupid question.” Baked delights pushing 1000 calories each fueled us onward. 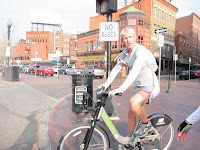 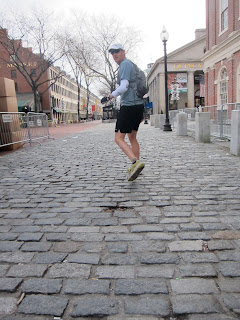 After running through Boston Commons we ran west along the Charles River, over the Harvard Bridge and through the Campuses of MIT and Harvard. Erik, nursing an ankle injury nagging him since running the Millwood 100, followed along on a rented Hubway bike (from Boston’s amazing public bike rental system). For the rest of the day, whenever one of us shared a piece of knowledge or opinion, the joke became, “He knows that because he went to Harvard and MIT.” Next up was a visit to the Mapparium. Christian, our resident mapmaker and mapping authority, turned us on to this one-of-kind three-story glass globe that you view from the inside. Collective nods confirmed that the Mapparium was cool and definitely worth the visit. It was then back to the hotel, a final group lunch, and off to the airport for the trip home – where winter had arrived.
Posted by peter at 1:12 PM 6 comments: