The MRC is proud to present a special screening of the movie:

"In 2010, four of the greatest undefeated mountain runners on earth toed the starting line at the Western States 100-mile endurance run, the oldest and most prestigious 100-mile foot race in the world.
'Unbreakable: The Western States 100' follows the four lead men on this amazing journey. Hal Koerner, two time defending Western States champion, and running store entrepreneur from Ashland, Oregon. Geoff Roes, undefeated at the 100-mile distance, an organic chef from Juneau, Alaska. Anton Krupicka, undefeated in every ultramarathon he has ever started, a graduate student living in Boulder, Colorado. Kilian Jornet, the young mountain runner and two time Ultra-trail du Mont-Blanc champion, from Spain.
While their lives may be quite different, the goal is the same: win the Western States 100-mile run. A win will require breaking the course record and running the fastest time in the history of the race. An epic showdown ensues, from Squaw Valley, CA in Lake Tahoe, up though the high snow covered Sierra Nevada Mountains, down through the extreme heat of the American River Canyons and finishing in Auburn, CA.
Though all four are undefeated, three must break and only one can remain Unbreakable."
Posted by Christian at 6:30 AM 3 comments:

Running with the Rams 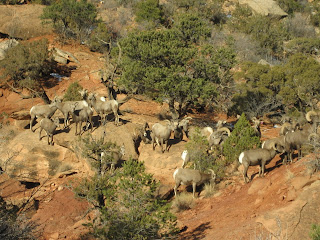 On New Years Eve Day 2011 -I know, this post is a little late- I took a run on one of my favorite trails in the Colorado National Monument. Starting at the West Entrance to the Monument at 4700 feet, the Monument Canyon Trail winds it's way under the shadow of Independence Rock, past the Kissing Couple, meanders through some beautiful alcoves and canyons to end with a steep switchback up to the Coke Ovens. 6 miles one way ending at about 6200 feet, it's a beautiful run during all seasons, and is runnable the whole way. 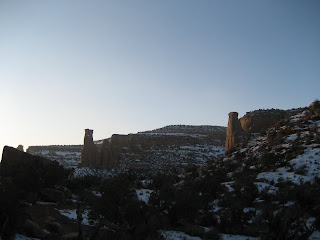 The Kissing Couple- to the left 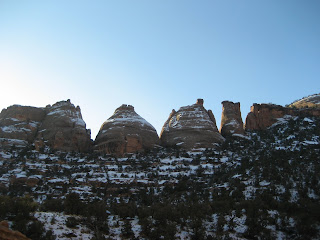 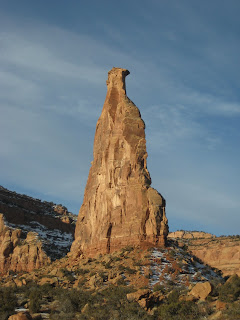 Independence Rock
This particular version was spectacular. A fresh dust of snow covered some of the higher ledges, and the early morning sun had that light that can't be described, only experienced. If you've been in the desert on a clear winter morning, you know exactly what I'm talking about. It was completely silent except for the occasional echo of the thawing ice releasing a rock or two to bounce down a cliff face. I was running peacefully, completely enjoying the solitude and thinking about how this was the perfect way to end a year of incredible running. Then, off to my left, I heard a scrambling, rock kicking clatter and turned my head in time to see tannish-grey bodies bouncing through the junipers. I had heard stories and seen plenty of tracks and poop of Desert Bighorn Sheep in the Monument, but this was my first personal encounter with them. Being fairly accustomed to people on the trails, they let me slowly walk to within 30-40 yards and then sit down and watch them. I counted 22 sheep: kids, nannies, young rams and a couple mature rams with full curl horns that were chipped and battered from years of smashing heads to see who was the biggest and baddest.
I've been trying hard to come up with some analogy relating the rams to tough old ultra-runners. Battered feet, wrinkled/sun-damaged skin, the "ultra-shuffle", etc,. But nothing really comes to mind. Instead, I'll just think about how lucky I was -and we are- to be able to see such beautiful scenery, on a crisp winter morning, without having to look through a car window to enjoy it.
Posted by Erik at 8:27 PM No comments:

This post is directed at runners along the Wasatch Front.

The MRC would like to bring the movie Unbreakable to the big screen here in Salt Lake City, specifically Brewvies. One drawback with Brewvies is that everyone would have to be 21. As of now the ticket price would be $10 and would include door prizes such as, shoes, sunglasses and race entries among other prizes. The ticket price could go down, but will not go up. We are looking to have the showing by the first week in March or so and it would be on a Thursday night.


Please express your interest in the poll located on the right sidebar. 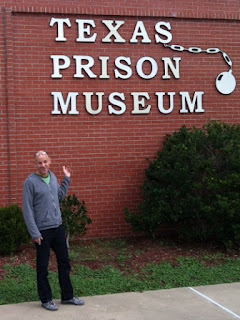 I’ve had a number of races where I toe the starting line feeling broken and tired. There have even been a couple of instances where several days prior to the race I could barely run. Somehow, almost magically, once the race begins most of the shakes and rattles, aches and pains go away and I do just fine.

Somehow I was optimistic Rocky Raccoon 100 would be no different. For the past month I’ve been rather broken – a couple of hamstrings that have been super sore and weak. I’m not sure how it happened, but my theory is that it was a combination of a heavy racing schedule last fall (three 100’s in three months), over training (three-a-day workouts over the Christmas holiday), and Bikram yoga. As I started the month of January I could hardly run. A planned 20 mile run on the 8th of the month resulted in a “please come pick me up” call to my wife at mile 14. The last 7 miles of a 21-mile run a week later felt like the final couple of hours of a 100 – counting the miles, counting the minutes, literally counting the steps. How could I be this broken?

I mostly rested the two weeks prior to RR100 confident that the legs would feel better. I knew I wouldn’t be in racing condition having run less than 100 miles during the month, but I felt confident I could knock off a respectable sub 16 or 17 hundred. 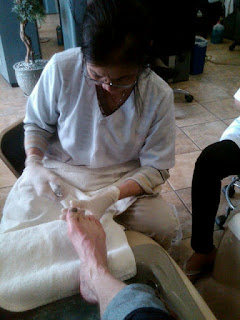 The night before the race I was feeling the confidence was justified. I enjoyed a pedicure (picked a muddy brown color in anticipation of the forecasted rain and ensuing mud), enjoyed a sushi dinner followed by a DQ Blizzard – my usual pre-race routine. I slept well the night before and had the pleasure of driving to the race with Hal Koerner. Yes, things were going to be just fine.

As the horn sounded, I took off with the fast kids and initially felt great. It was fun to participate in the early miles banter. I ran with Liza Howard for a bit and basked in the good energy that she emits.

At about mile-10 I begin to feel the numbness and sharp random twangs of pain in the back of my legs that I have been experiencing the past month. Accompanying the numbness and pain was the loss of fine motor control that required extra concentration on foot placement and made it difficult to maintain my turnover. I focused on maintaining my turnover, optimistically thinking this was just some early race faux pain that would soon pass.

But the hammys would have nothing to do with it. I couldn’t maintain the turnover, I was sluggish on the inclines, my legs were weak and the pain was rather bothersome. At the Park Road aid station (15.5 miles) I began the internal debate of whether I should drop. I knew a decent race was not going to happen, but I didn’t want to drop. I was quite certain I could slog out the distance, but what would be the cost to my body and legs? Would I hurt myself further? How much longer might it take to get healthy?

At the end of the first 20 mile loop I announced that I was intending to drop but wanted to run another loop so I could have a long training run (40 miles for the day) and also make sure that this wasn’t a case of a weak head rather than weak legs. Since I was no longer racing I was better able to truly enjoy the beauty of this course, chat with a number of runners and spend some time at aid stations thanking the volunteers. While I was enjoying being on the course, I just couldn’t keep the legs moving. I tried maintaining an 8:15 pace, then I settled for 8:30 minute miles. Soon those become 9:00 minute miles. And towards the end I was flirting with 10:00 minute miles. The legs had no juice and my hamstrings ached and burned. I knew I was making the right decision to drop at mile 40.

While I know I made the right decision, I was still enveloped in the “race that didn’t go as expected” funk. If you haven’t experienced this funk, it sucks. You feel empty inside. You replay training, the race, and outside circumstances in your mind trying to figure out what went wrong and what you would different next time. You question if you are meant to run. And if you have traveled to a race, you just want to be home. I went to a movie that afternoon to try and escape the funk and found myself reflecting on the race and not even following the movie. Even a long hot shower and good bottle of red wine (two of my favorite things) couldn’t get me out of the funk. The next morning I was no better. 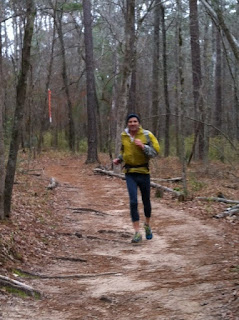 My wife suggested that after breakfast we go for a run. She wanted to see some of the RR100 course in anticipation of running the race next year, and she knows me well enough to know that a few miles might help with the funk. We ran an easy six miles and talked about what had lead to my state of disrepair and how I best recover. I finished the run feeling better, but uncertain as to whether I can heal while training for a 24-hour run in late March, or whether I need to take 2-3 weeks off of running and focus on healing before beginning training in earnest again. Karl Meltzer suggests a couple of weeks off. Any insight from others on this would be appreciated.

Postscript – I’m glad to be home. The funk is mostly gone. The hammys feel no worse than they did before the race. I know I made the right choice by quitting. I’m already flirting with the idea of wanting to run RR100 in 2013 – it is a fun, fast and pretty course that I know I could do well on if healthy. Gone are the thoughts of not wanting to run or race. I think I will be OK!!
Posted by Jay at 5:54 PM 7 comments: