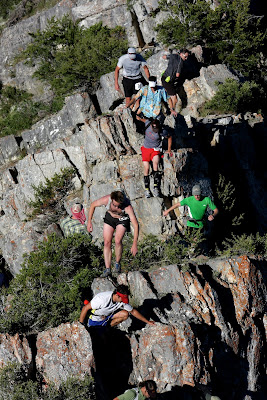 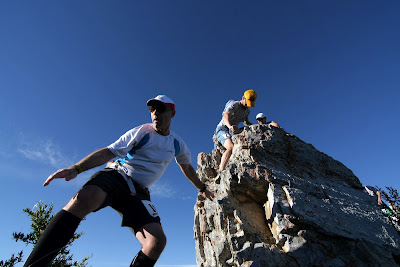 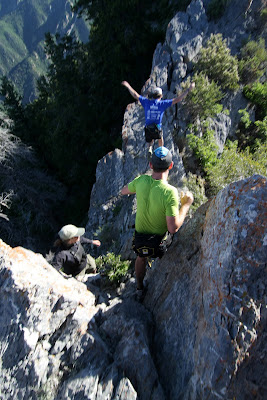 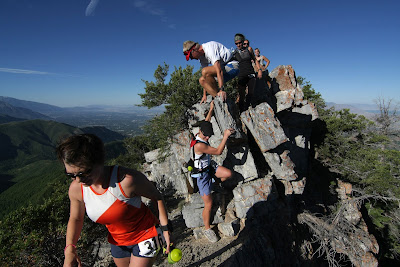 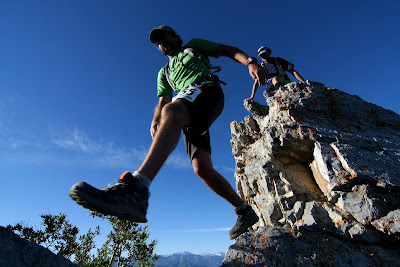 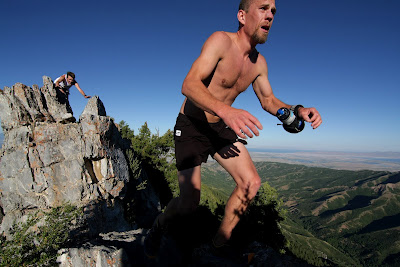 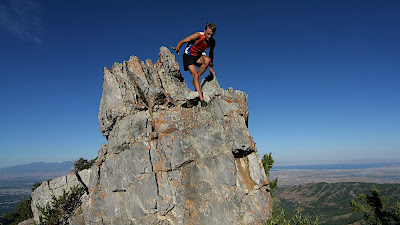 I haven't run the Wahsatch Steeplechase in many years but it stays close to my heart, it was my first trail run and I remember being blown away by the terrain and exposure up on Black Mountain. I also took some of my best early photos of trail running up on the crags in 2009. Even though I should have been out training or doing trail work I was determined this year to go back up and shoot some more photos on the crags. I'm glad I did, I had a great time cheering on the runners and seeing that look of fear and amazement of the rookie runners as they negotiated the crags for the first time. A big shout out to the great volunteers up on the ridge who spotted the two exposed sections of the route for 3 hours in the blowing wind.

I"ll be posting some of the photos from the race on my flickr site, I'll be posting a few more at Norrander Trails Shots
Posted by Greg at 3:56 PM

The photos are beautiful. Thank you for taking the time to help and be there.